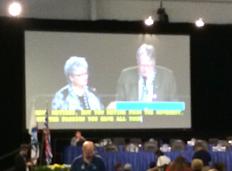 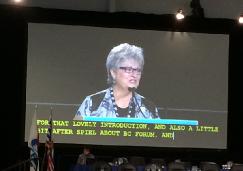 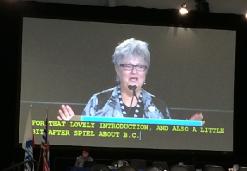 December, 2014 - BC FORUM President Diane Wood speaking to delegates at the 2014 BC Federation of Labour Convention in Vancouver. 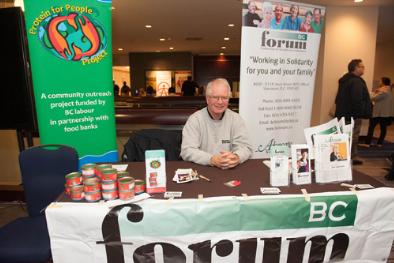 November, 2014 - BC FORUM Director Bill Silvester at the 2014 HEU Convention that took place at the Hyatt in Vancouver in November. 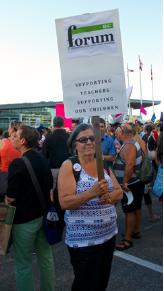 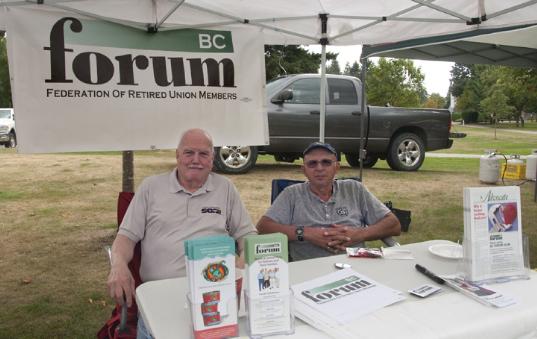 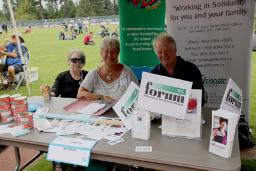 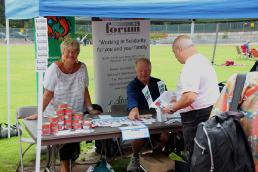 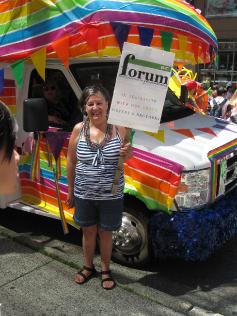 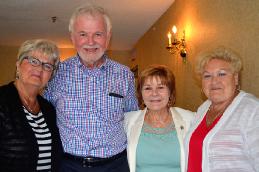 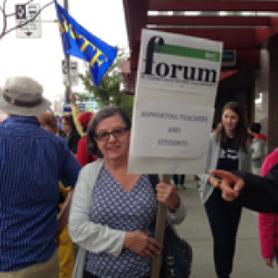 Sandy Bauer, BC FORUM Regional Rep, at demonstration supporting members of the BC Teachers Federation and students in front of the BCPSEA offices in Vancouver.

May, 2014 - Wendi Lawrence, former staff at BC FORUM, with Lorraine Logan, President, Council of Senior Citizens Organizations of BC (COSCO) and Diane Wood, President, BC Federation of Retired Union Members (BC FORUM) at BC FORUM information dislay booth, BCGEU Convention, May 30, 2014. 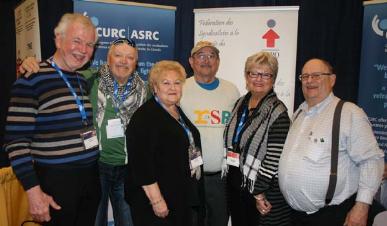 May, 2014 - BC FORUM president Diane Wood at the Congress of Union Retirees of Canada booth at the CLC Convention in Montreal, May, 2014, with Pat Kerwin, President of CURC, Louisette Hinton, Executive Member, CURC and supporters. Photo taken by Lorraine Endicott of Our Times magazine. 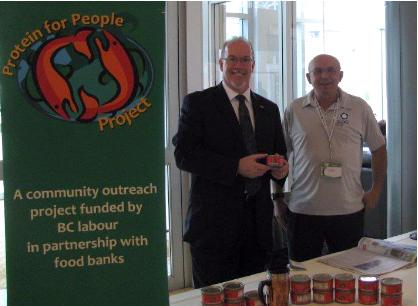 April, 2014 - MLA John Horgan with BC FORUM Board Director Gord Savard at the CUPE BC Convention in Vancouver, April, 2014. 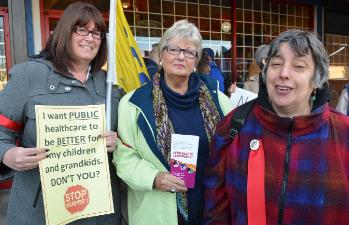 March, 2014 - BCFORUM president Diane Wood is joined by Stephanie Smith, BCGEU Treasurer and Marion Pollack, retired CUPW member and BC FORUM Board member at the Day of Action for a New Health Accord, Monday, March 31, 2014. 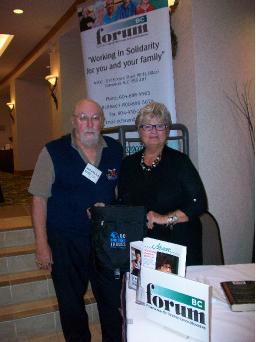 March, 2014 - Brother Russ St. Eloi, BC FORUM Board Director, with Sister Diane Wood, president, at the BC Building Trades Convention. 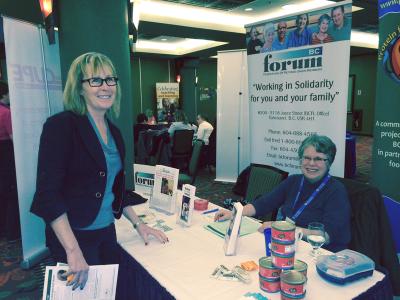 February, 2014 - BC FORUM Board Secretary Miriam Olney attended the BC FORUM booth at the 2014 Harrison Winter School and chatted with BCGEU activist Sandra Moran who stopped by for a visit. Thanks to Lorene Oikawa for sending in the photo. 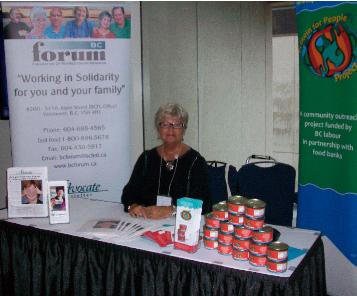 March, 2014 - BC FORUM Board President Diane Wood volunteered at the BC FORUM booth at the BC Teachers Federation Convention that took place in March, 2014.