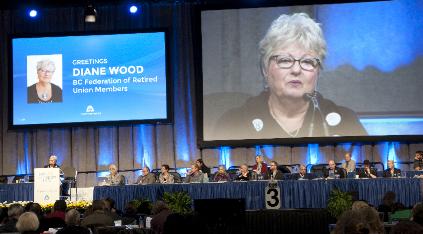 Diane Wood, president of BC FORUM, brought well-received greetings to delegates at the 56th convention of the BC Federation of Labour in Vancouver in November. 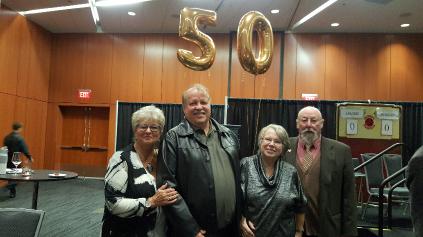 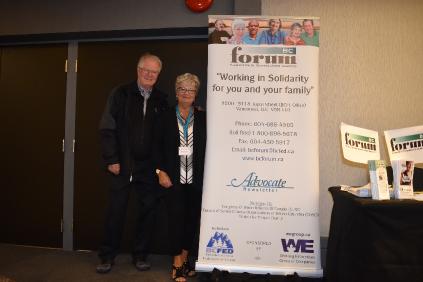 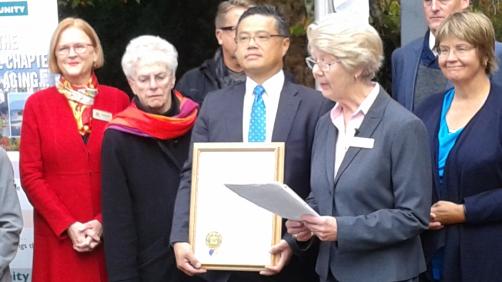 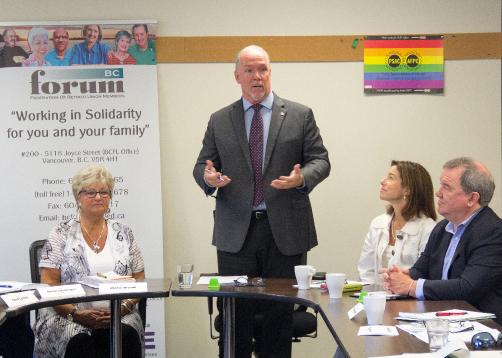 September, 2016 - BC NDP Leader John Horgan, along with MLAs Selina Robinson and Shane Simpson, visited with the BC FORUM Board of Directors in September, 2016. 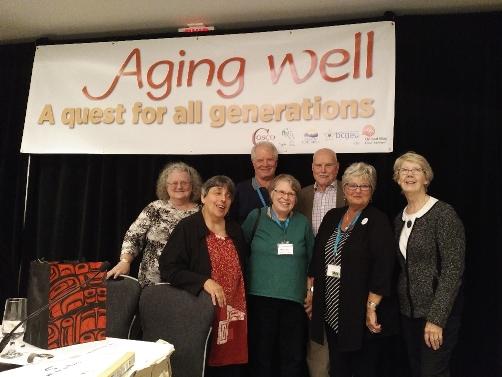 September, 2016 - BC FORUM Board members attend the COSCO BC Conference in Richmond, BC. From left are Agnes Jackman, Marion Pollack, Bill Silvester, Miriam Olney, Fred Girling, DianeWood and Barb Mikulec.

September 10, 2016 - Congratulations to Dawn Black, retired MLA and MP, shown above with, from left, Miriam Olney, BC FORUM Secretary; Irma Mohammed, BC FORUM member and Diane Wood, BC FORUM president. Dawn was the recipient of the Annual Rosemary Brown Award for Women 2016 presented at the 3rd Annual Rosemary Brown Memorial Conference. Read more about the event and the award here. 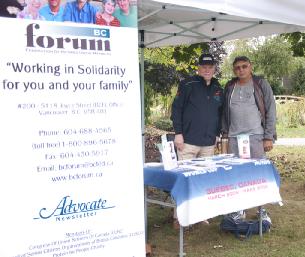 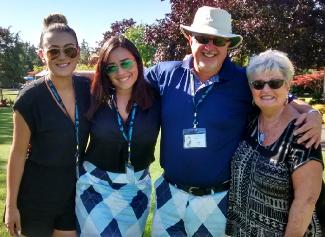 Diane Wood, President of BC FORUM, attended the BC Building Trades Golf Tournament on July 20 and is shown here with Tom Sigurdson, Executive Director, and staff. 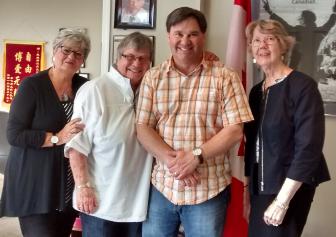 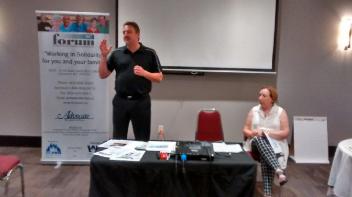 BC FORUM Member Meet and Greet, Kamloops, May 13. Pictured are Mike Porteous and Linda Kobayashi from Working Enterprises Consulting & Benefits Services speaking with members about BC FORUM group benefits. 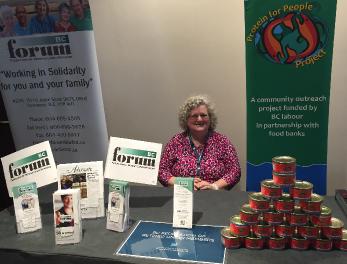 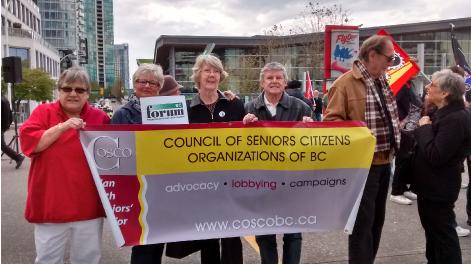 Diane Wood, President BC FORUM and Barb Mikulec, BC FORUM Board Member at Fight for $15 National Day of Action Rally in Vancouver April 15, 2016. Both Diane and Barb are on the Executive of the Council of Seniors Citizens Organizations of BC (COSCO) with Diane representing BC FORUM and Barb representing the BC Retired Teachers Association (BCRTA). 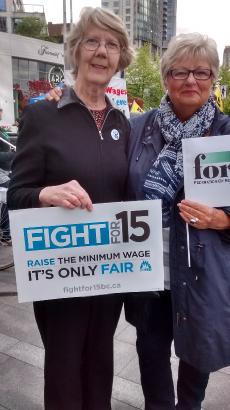 Diane Wood, President, BC FORUM with BC FORUM Board member Barb Mikulec at the Fight for $15 National Day of Action Rally, Vancouver April 15, 2016. 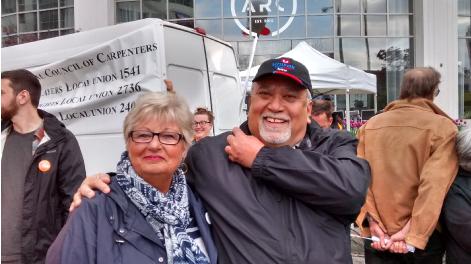 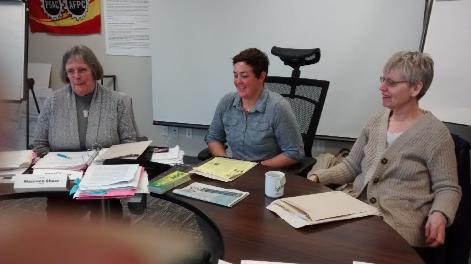 Presentation by Povnet to BC FORUM Board on March 22nd. L to R: Maureen Shaw, FPSE, BC FORUM Board member; Nicky Dunlop, Executive Co-ordinator Povnet, and Renee Poley, Povnet Facilitator. 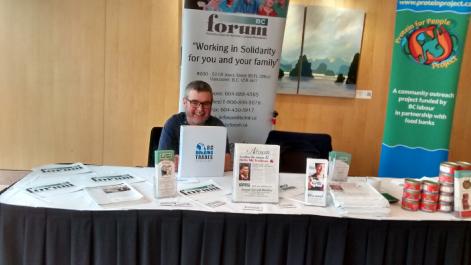 April, 2016 - Michael Ferguson, BC FORUM Regional Rep. and delegate to the Victoria & District Labour Council staffs the BC FORUM display table at the 2016 BC Building Trades annual convention in Victoria. 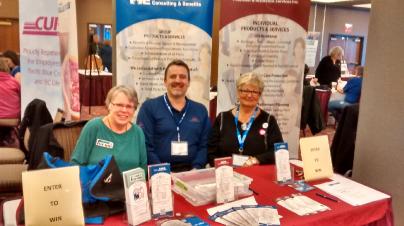 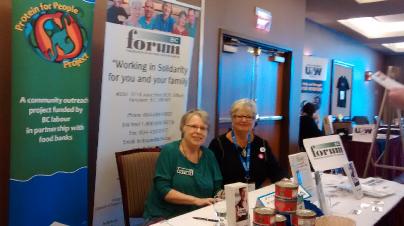